Genuine Jay Jays
JayJays is a long established supplier of the highest quality military clothing and equipment from respected companies such as Blackhawk and 5.11 as well as current MOD issue. We supply a wide range of equipment designed by ex-military personnel who have served on current operations. JayJays uses only the highest quality materials, whether that is US mil-spec or UK MOD-spec whichever is the best for purpose. All of our products are proven in the toughest test lab in the world, the front line! We provide a custom tailoring service for webbing. All of our Genuine JayJays products are produced in Britain using only ISO Quality Assured manufacturers and carry our lifetime guarantee.

Granton Ragg Knives
With roots dating back to 1601, our Company is based in Sheffield, England and manufactures a wide range of Professional Knives and Accessories for use in the Catering, Food Processing and Industrial markets worldwide
Health & Safety Executive
Knife safe practise a link to the health and safety executive web site with usefull tips and hints. Cuts will not happen with a sharp well maintained knife combined with a little common sense.

It&ly Hair Supplies
It&ly Hair & Beauty supply the professional hairdressing and beauty trade with the highest quality tools and implements. We are partners with It&ly Hairfashion, Milan and distribute the entire range of It&ly Hairfashion Colours, Finishing and Treatment products. Through our network of independent exclusive distributors we offer unparalleled service levels and excellent value.

Japanese Scissors
No scissors can be called excellent if it lack any one of the important factors. Please listen to the harmony of highly balanced materials,excellent function and elegant shape. Mizutani Scissors deserves to be called the high balanced scissors: real pretty scissors.

Joewell Japanese Scissors
High class quality japanese scissors with the mark of the rooster. The largest producer of scissors in Japan. Visit their site to see a great range and more technical aspects of their hairdressing scissors.

Mora Disribution Ltd
Mora knives and tools from Sweden are made from Sandvik steel. They are robust sturdy work tools of exceptional value for money. We are are pleased to supply our customers with top quality knives from this extensive range.

Mora Sweden
Meet a newcomer with over 100 year’s experience! Mora of Sweden came to the market during 2005. However, it was no newcomer that stepped forward. Behind the company, we find two classic knife companies from Mora – KJ Eriksson and Frost’s Knife factory – founded in 1912 and 1891 respectively. Mora of Sweden supplies professionals with premium quality cutting tools. They are used in a variety of fields, but those who use them all have one thing in common. They want tools that simplify the job, are easy to handle, and are designed with advanced ergonomics in mind.

Pandorra Inn Mylor
Known for it''s excellent food and service the Mylor Inn has won many awards including this years Cornish tourist board pub of the year 2010. The staff are enthusiastic and this shows in the food they serve and produce with fresh ingrediants and off the jetty fish. Award winning head chef Dale McIntosh has bought his reputation to the Pandorra and firmly stamped his own brand of excellence and is a delightful man to work for. Prosharp is proud to be associated with Dale his crew and the Pandorra, good people.

Recycle Cornwall
A good site to visit. All about recyling and reusing facilities and resources available in Cornwall. 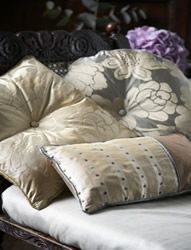 Red Rose Textiles
Red Rose Textiles is a family run business dedicated to providing quality fabrics and bespoke curtains. Established in Penzance in 1995, Red Rose Textiles has a large stock of curtain and upholstery fabrics, and also provides a quality make up service. Fabric and curtains can be posted to anywhere in the country and payment can be taken by credit card over the phone. We sharpen their scissors great people to deal with.
Rose Prince
Rose Prince "The new English chef". Visit her web site for hints, tips and recipes. Rose also writes a column in the Telegraph.

Taylors Eye Witness
Taylor's Eye Witness is a trading name of Harrison Fisher & Co Ltd. Taylor's Eye Witness was founded by John Taylor in the early years of the 19th Century. "Eye Witness" Trade mark was first registered in 1838 and has since become synonymous with the finest cutlery. The inspiration for the choice of "Eye Witness" as a trade mark is believed to be Shakespeare's line in Henry 1V - "No eye hath seen better". Today our products are sold in many countries across the world, often as private label programs for leading retailers.

Victorinox
The Victorinox Quality System Since 1884, the quality of our products has been our first priority. This exceptional attention to quality is reflected in the efficient quality assurance system that covers the production of our pocket multi-tools, household and professional knives. 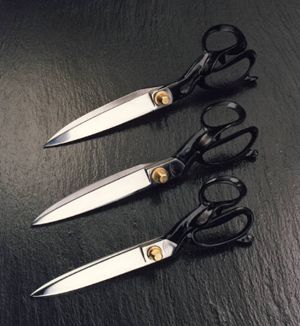 William Whiteley & Sons (Sheffield) Ltd,
The firm of William Whiteley & Sons (Sheffield) Ltd, Manufacturers of Fine Scissors, commenced the manufacture of scissors in the year 1760, the business passing in direct descent through eleven generations to the current day. The firm of Thomas Wilkinson & Son, Manufacturers of Tailors Shears and Scissors, was also founded in the 18th century and was appointed Manufacturers of Scissors in Ordinary to her Majesty Queen Victoria and Cutlers to H.R.H. Prince Albert on October 16th 1840. Both firms were awarded prize medals at the London Exhibitions in 1851 and 1862 and the Paris International Exhibition in 1855. The firm of Thomas Wilkinson was acquired by the then William Whiteley in the year 1875.
Contact Prosharp 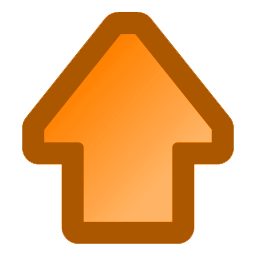